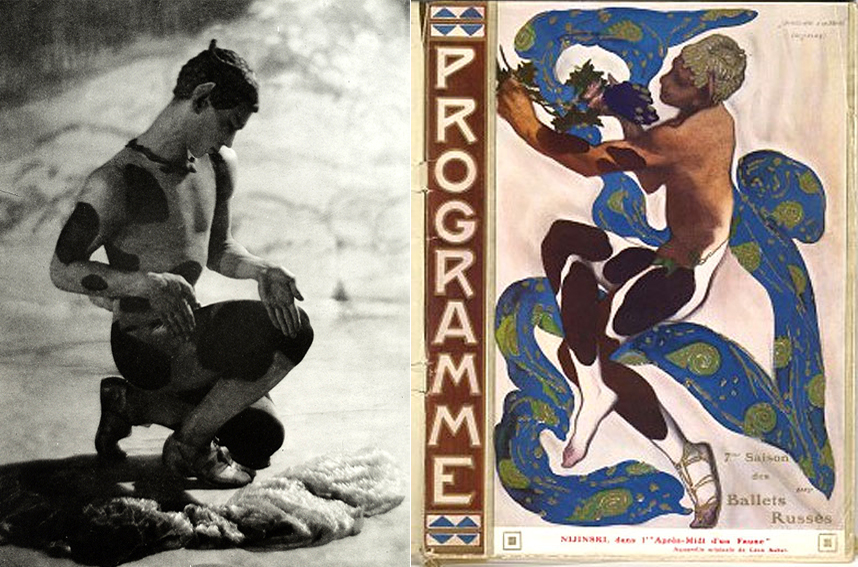 The phenomenon of synaesthesia is, therefore, at the core of this study. Artists have been fascinated by the ability of one sensual stimulus to activate a different sense from the one which it is supposed to stimulate. Synaesthesia ultimately refers to the union of the senses that takes place in the brain, as neurons activate surrounding areas. Sounds have colors, texts or smells conjure up images, and stories create their melodies.

Focusing on what must have been fascinating gatherings, Sonsoles Barbosa introduces us to the Tuesdays at Mallarmé’s. These took place in his apartment in the fourth floor of 89, Rue de Rome in the 17è in Paris. The attendants, a rich cast, were Verlaine, Renoir, Whistler, Gauguin, Huysmans, and Manet amongst others. They were nicknamed “les mardistes”. Amongst the bourgeois decoration of this salon there were watercolors, paintings, drawings, engravings or sculptures by Monet, Manet, Whistler, Redon and Rodin. These Tuesdays began in the 1870s but we are invited by Barbosa to enter them in the early 1890s.

This is an intriguing visit and we read not just about the artistic concerns that were the main subject of conversation amongst these figures. We also get snippets of their private lives, and learn, for example, that Mallarmé studied in the prestigious Lycée Condorcet, where Marcel Proust was also educated. Or that the poet became the tutor of Julie Manet, that daughter of Berthe Morisot and Eugène Manet, the brother of the painter Edouard, when Eugène died. And that Mallarmé’s daughter, Geneviève (Ô rêveuse), became the godmother to Redon’s son.

The essay looks at the three vortexes of the triangle separately, and then by couples. These mark the perimeter of the area where synaesthesia is created as if this were the realm of the brain where art lives. And in the middle of this historical triangle is where Joris-Karl Huysmans (1848-1907) resides with his novel [b:À rebours|1312641|À rebours|Joris-Karl Huysmans|http://d202m5krfqbpi5.cloudfront.net/books/1358735926s/1312641.jpg|306152]. Huysmans, who exalted Redon in his novel, was also the one who introduced him to Mallarmé.

In these Tuesdays the beliefs of the art movement Symbolisme were passionately discussed. The movement has an official start date when its manifesto was published in Le Figaro in 1886. But many of their goals had already emerged in Baudelaire’s Correspondances. This poem conceives of nature as a forest of symbols in which perfumes, colors and sounds talk to each other. Tracing correspondences in the senses, art emerges as the activity that will seek to identify and reveal the hidden reality in the magic forest. And the most appropriate path for art is to suggest, to evoke, to imagine, and avoid the trappings of rationality. And music, the least referential of the arts, reigns supreme.

I am lucky in that I visited not too long ago a wonderful exhibition on Odilon Redon in the Mapfre Foundation in Madrid.

Here is the mini site:

In this exhibition one could follow very well how in his earlier work, Redon explored the imaginary, the dream and ambiguous world, with his black and white engravings of fantastical beings that existed only in his mind. With these monochrome creations he was trying to move away from the world of the naturalists and their dependence on color. To my mind, though, he was falling prey to the old dichotomy exploited in Art Historical discourse that, ever since the Renaissance, has thought that “disegno” was the art of the mind, while “colore” was that of the emotions. Indeed Redon later escaped from this still academic concept and moved from this: 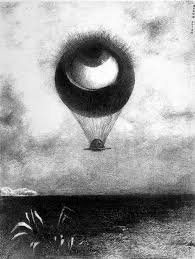 
And this transformation and rediscovery of color was possible, ironically, thanks to the non-visual art of music. As music looked for alternative harmonies and structures and explored the extreme timbres that could be achieved with any given instrument, it managed to daub color in the sound. And so it gave color back to painting.

It is in the new palette of music that Debussy’s art is better heard. He is the composer who most openly developed an elaborate theory that related music to the other arts. His compositions tried to create atmospheres which also evolved in the continuum of time. And this durée in his pieces was paradoxically and antithetically conceived by his new static harmonies--sounds which float in the air and which take you nowhere except to an internal world of images, evocations and mental climates.

And Debussy’s music became so very attractive to these Tuesday gatherings that it was the considerably older and well established Mallarmé who sought out the younger musician for what became a major collaboration between the two artists.

Mallarmé wanted Debussy to give music to his poem L’Aprés-midi d’un faune, written in the 1860s. It had already been illustrated, splendidly, by Manet in 1876. Now it needed sound.

A couple of Manet's images: 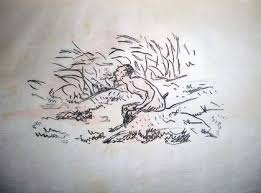 In 1894 Debussy composed the Prelude to the poem. His original plan was to write a three-part composition loosely based (could it be otherwise but loosely?) on Mallarmé’s verses, but only the first part was finished. This work could have also been the meeting point of the three artists had Redon succeeded in designing the settings for a Ballet production by Diaguilev and choreographed and danced by Vaslav Nijinsky. But the project for the décors was eventually carried out by Léon Bakst, as seen at the top of this review.

Mallarmé’s relatively early death has left us emptiness full of artistic ideas that could not be developed. What we may be missing is hinted by his very avantgardish Un coup de Dés. The way he set out to delve into the possibilities of a poem treating the physical page as if it were a score, positioning the printed words in the page according to intonation, and adapting the typography were explorations that the art world would not see again until the Dadas played with these ideas almost two decades later.

I enjoyed reading this essay even if the language is of the dry academic bent. As these three artists produced not only stunning pieces but also passed on ideas that later creative minds, such as Scriabin or Kandinsky or Schoenberg, managed to inspect even further.


EXHIBITION on Ballets Russes at the NGA in Washington

Given the debate that this publiccation has elicited, I decided to move its 4.5 stars to the full five. Plenty of food for thought.